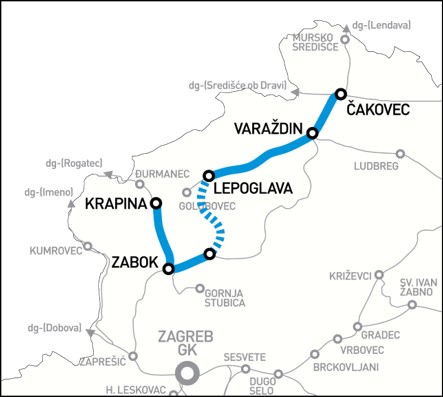 The aim of the study documentation of the project “Railway connection within the functional region of Central Croatia – Lepoglava junction” was to determine the optimal solution of railway connection of Međimurje, Varaždin and Krapina-Zagorje counties with the City of Zagreb. The project determined the operational characteristics of the sections from Čakovec to Varaždin and Lepoglava, from Zabok to Bedekovčina, from Krapina to Zabok and the new connection between Lepoglava and Bedekovčina. This determined the most favourable route for the so-called Lepoglava junction, which, along with the modernization and electrification of existing railways within the counties, creates the preconditions for better connections with Zagreb and better connections in integrated passenger transport within the counties. Determining the most favourable route within this project enables better connection of Central Europe with Zagreb via the shortest railway route (Prague – Bratislava – Vienna – Zagreb) and with the RH2 transport corridor and the port of Rijeka.

The project is a continuation of the modernization and electrification of railway lines from Zagreb and Zabok to Varaždin and Čakovec and Krapina, and it fits into European transport development strategies that favour railways with the ultimate goal of establishing fast, efficient, environmentally friendly transport in both passenger and freight rail transport. As part of the integrated passenger transport in these counties, a quality railway connection, after the completion of the phase of works, will shorten journey time, increase passenger mobility in local passenger transport, and passengers will travel easier and faster to work and school. The goal is also the development of rail freight transport in transit and enabling the competitiveness of the economy in the north of Croatia.

The prepared study documentation is the basis for the preparation of further project documentation, which is a prerequisite for the next phase of development of the Lepoglava junction project. This project is a prerequisite for changes, i.e., the harmonization of spatial planning documentation, development of preliminary design and obtaining a location permit, preparation of an environmental impact study, main designs, land acquisition and obtaining building permits.

The grant agreement for the preparation of study documentation with a total value of HRK 13,871,100.00, and eligible costs in the amount of HRK 11,209,350.00, of which the EU co-finances HRK 9,527,947.50, was signed on 17 December 2018 by the Ministry of the Sea, Transport and Infrastructure, the Central Agency for Financing and Contracting of EU Programs and Projects (CFCA) and HŽ Infrastruktura.

On February 10, 2020, HŽ Infrastruktura, together with a consortium of bidders, which consists of the companies ŽPD d.d., Granova d.o.o., Institut IGH d.d. and Rijekaprojekt d.o.o., signed a contract for the preparation of study documentation for the project “Railway connection within the functional region of Central Croatia – Lepoglava junction”.

The contract for the preparation of study documentation is in the amount of HRK 6,764,940.00 (excluding VAT), of which the European Union co-finances 85 percent of the funds from the Operational Program Competitiveness and Cohesion 2014-2020, and 15 percent of the state budget.

The preparation of the study documentation for the project Railway Connection within the Functional Region of Central Croatia – Lepoglava junction was completed on 16 December 2021.

The Lepoglava junction project included the development of preliminary designs that were analysed, and based on the feasibility study, the most favourable variant of the route was selected for which a cost-benefit analysis was made.

This regards the Čakovec – Varaždin – Cerje Tužno – Ivanec – Lepoglava – Peršaves – Bedekovčina – Zabok – Sveti Križ Začretje – Krapina route. The optimal route of the Lepoglava junction is defined, which includes the construction of a new railway from Lepoglava to Bedekovčina.

The project is co-financed by the European Union from the 2014-2020 Operational Program Competitiveness and Cohesion from the Cohesion Fund, in the amount of 85% of the funds. 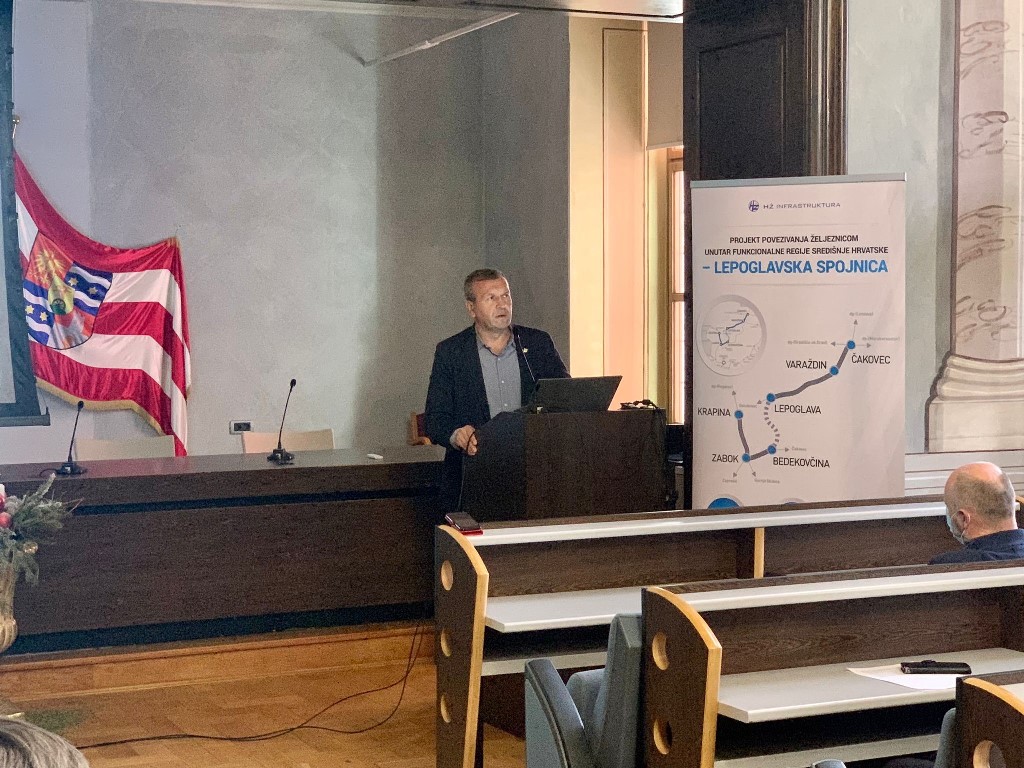 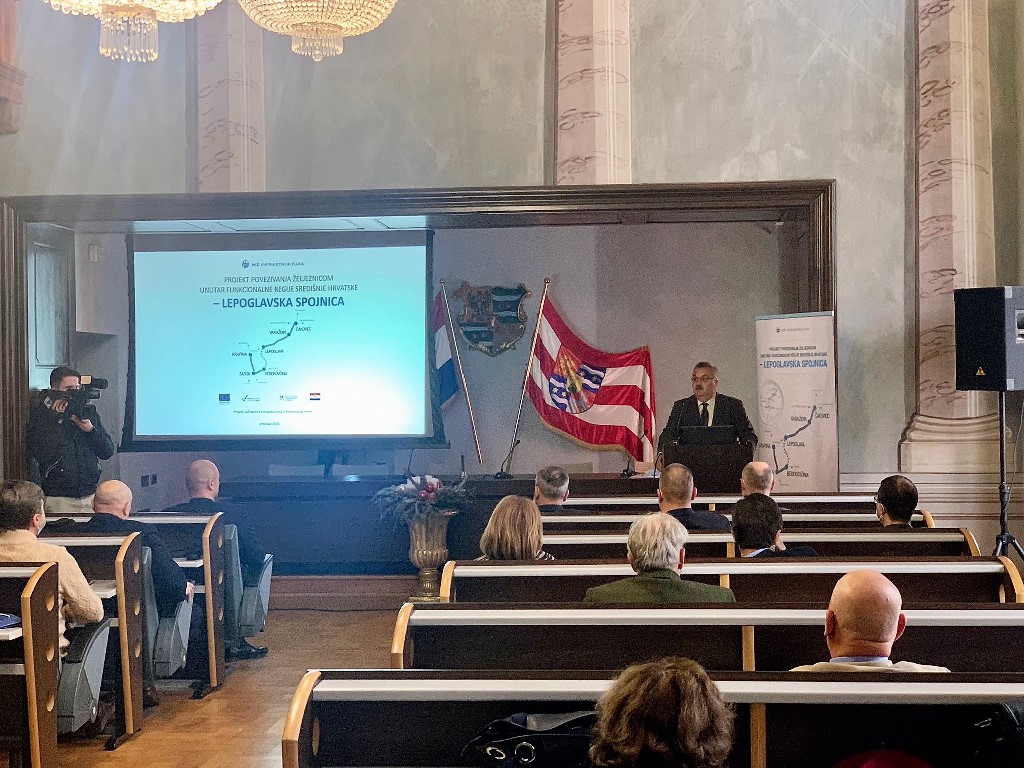 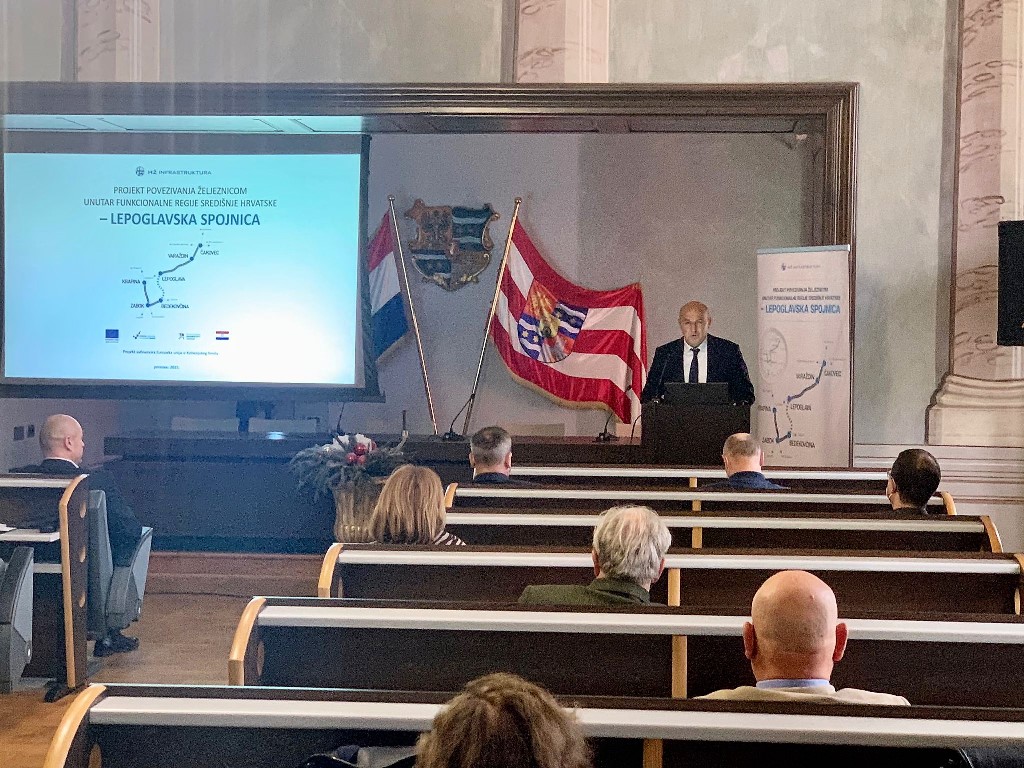 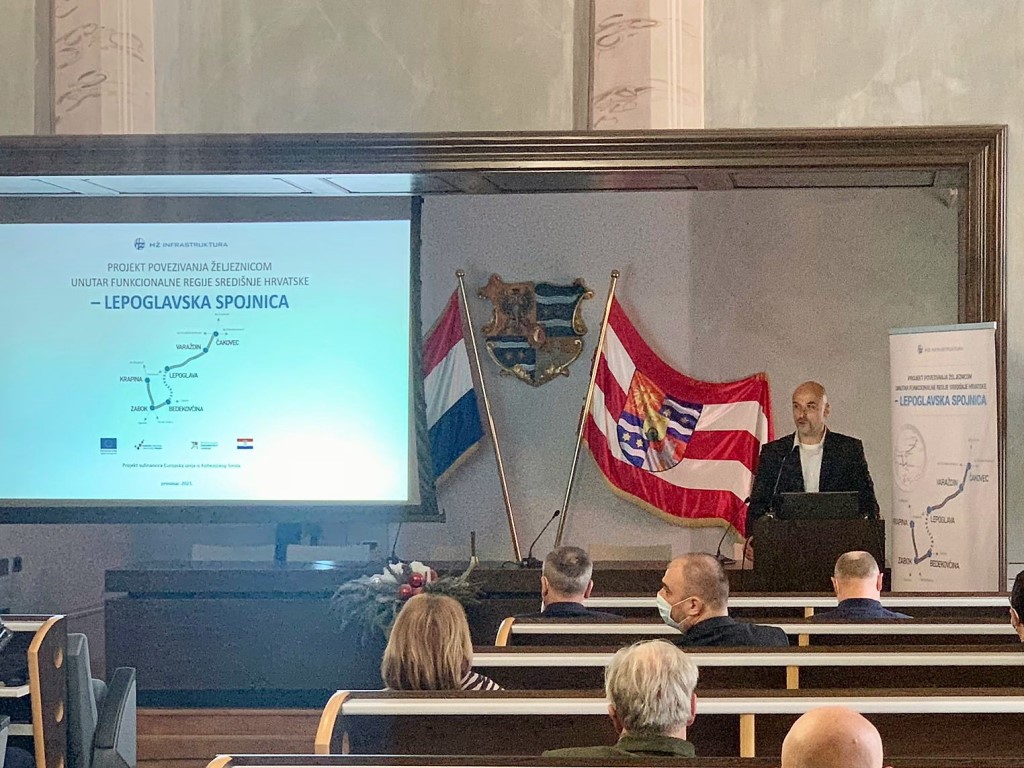 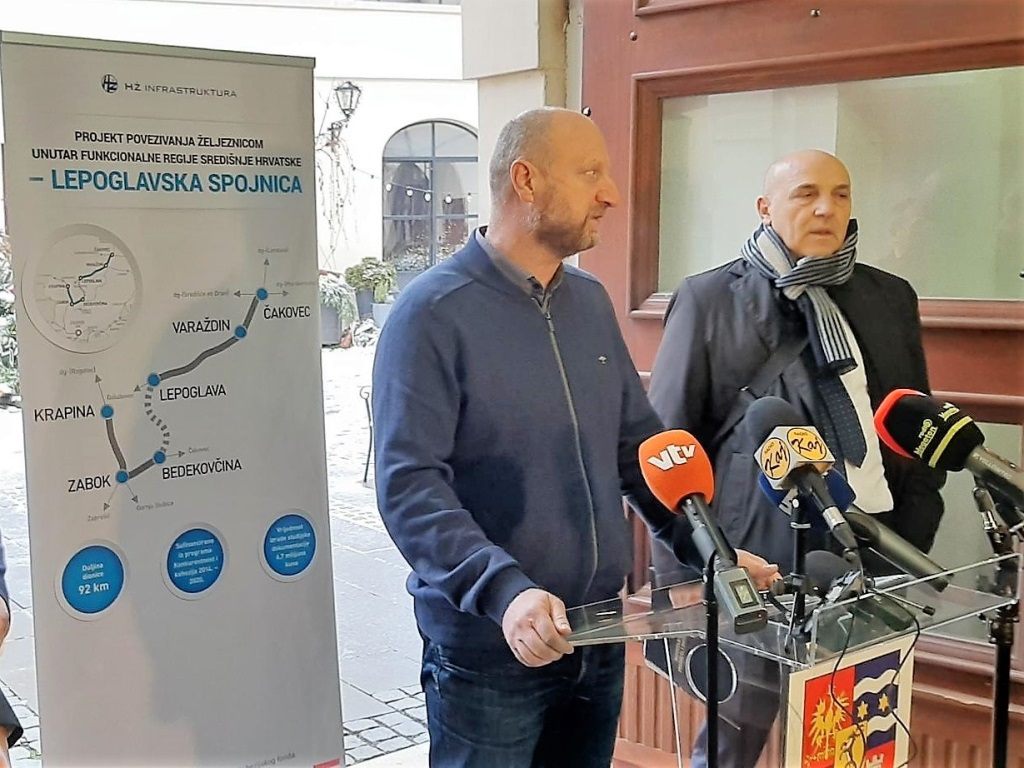 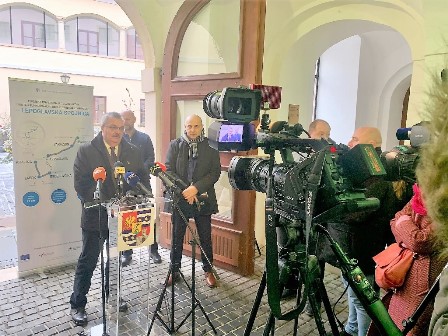 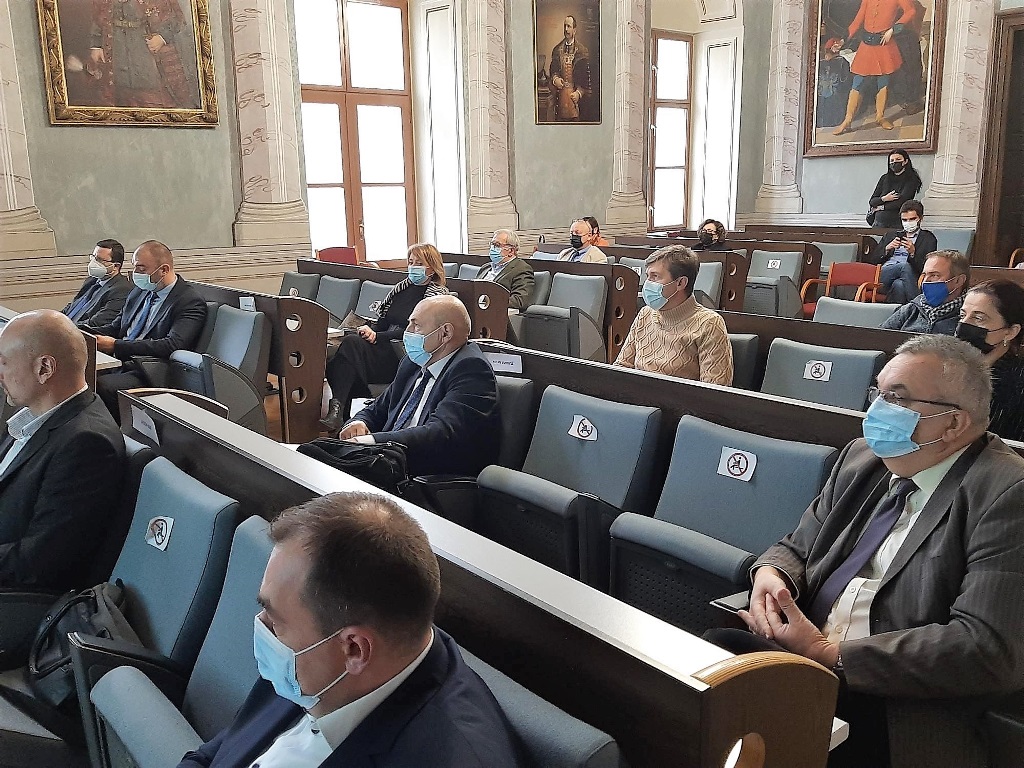 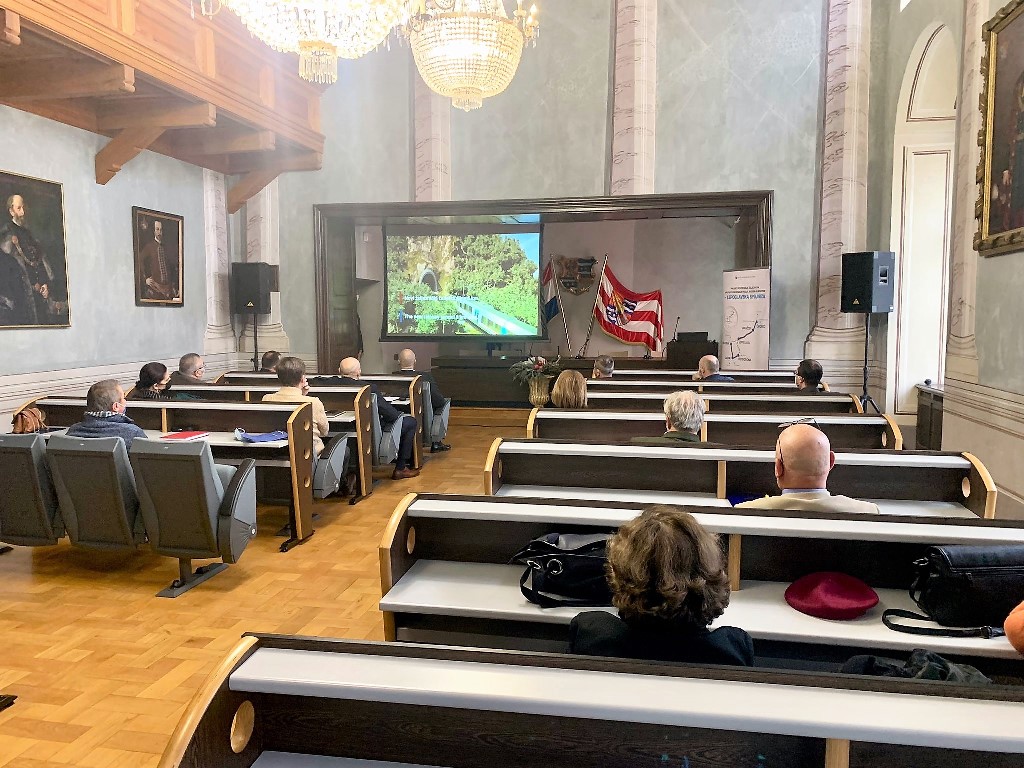 Signing of the Contract for Study Documentation 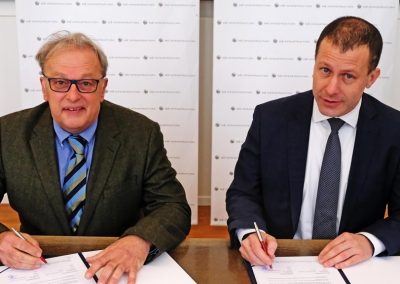 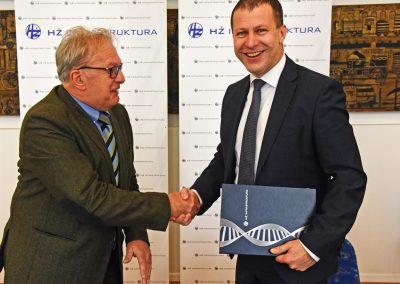 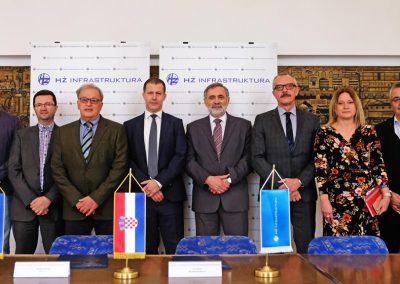