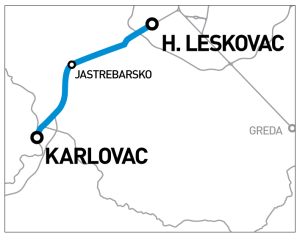 Section Hrvatski Leskovac – Karlovac is part of the M202 Zagreb Main Railway Station – Rijeka, which is one of the most important lines in Croatia because it connects the capital Zagreb with the most important Croatian Adriatic port in Rijeka. In Oštarije it diverges into the railway line M604 Oštarije – Knin – Split, which connects the central Croatia with central Dalmatia, i.e. the cities of Split, Šibenik and Zadar. Railway line M202 Zagreb Main Railway Station – Rijeka is also part of the Mediterranean TEN-T Corridor, the route Rijeka – Zagreb – Budapest and part of the rail freight corridor 6, defined on 10 November 2013 under Regulation (EU) 913/2010. The realization of the Project will enhance the competitiveness of the Port of Rijeka by improving its transport links with the markets of Central Europe. Equally so, the Project will also contribute to the improvement of the suburban traffic of the cities of Zagreb and Karlovac.

The starting point of the section Hrvatski Leskovac – Karlovac is Hrvatski Leskovac, located at the beginning of the railway line Zagreb – Rijeka, about 10.7 km from Zagreb Main Railway Station.

The Grant Contract for the reconstruction and construction of this section, totalling HRK 3,454,512,263.16 and eligible costs in the amount of HRK 2,720,993,339.99 was signed on December 27, 2019 by the Ministry of the Sea, Transport and Infrastructure, Central Agency for Financing and Contracting of EU Programs and Projects and HŽ Infrastruktura d.o.o.

The Project is co-financed by the European Union from the Operational Program “Competitiveness and Cohesion” 2014-2020 from the Cohesion Fund, with 85 percent of the eligible costs and 15 percent of the State Budget of the Republic of Croatia.

With the reconstruction of the existing and construction of the second track on the 44.02 km long section Hrvatski Leskovac – Karlovac, the section will be adapted for a maximum speed of 160 km/h, except in the area of Mavračići, Jastrebarsko and Karlovac, where it will be 120 and 140 km/h respectively due to spatial constraints. The current single-track 25 kV AC 50 Hz electrified line will become double-track through the implementation of the Project. 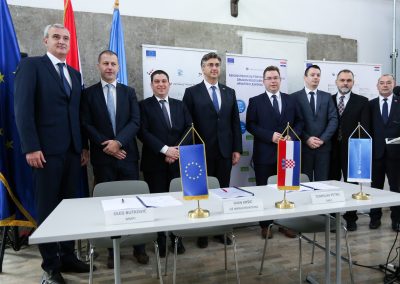 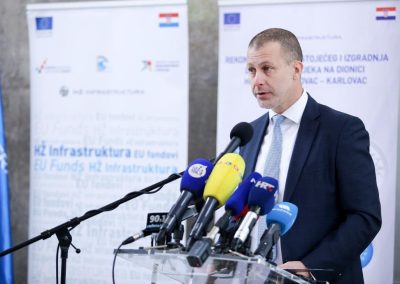 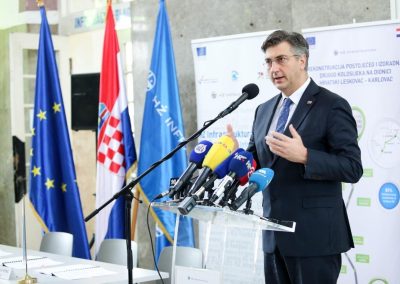 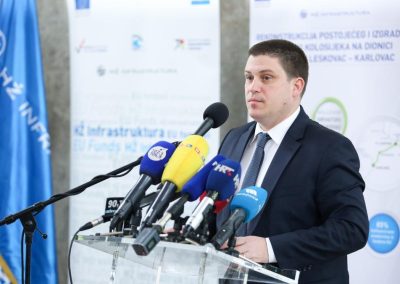 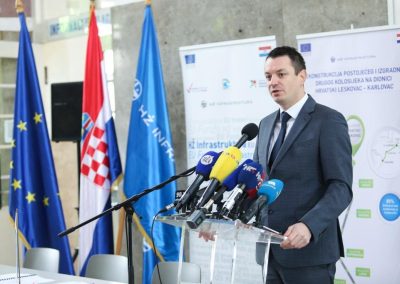 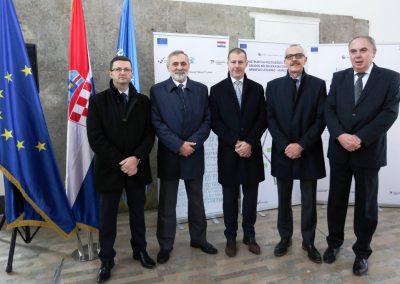 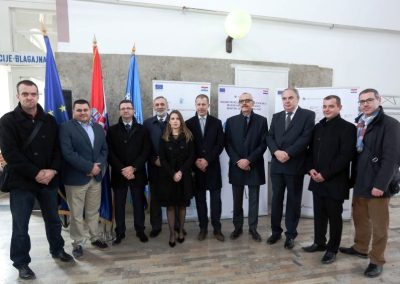 HŽ Infrastruktura Management Board and the project team 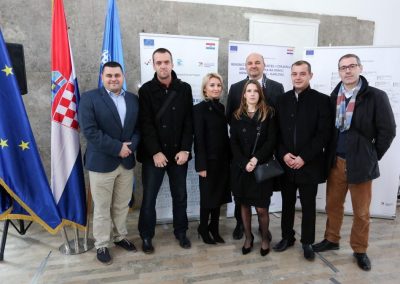 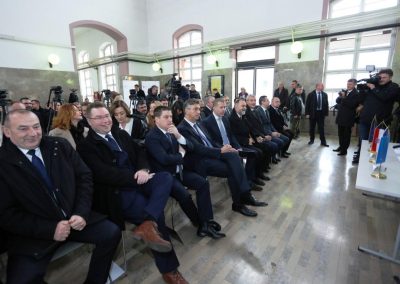