Preparation of a Study on the Zagreb Rail Node Development 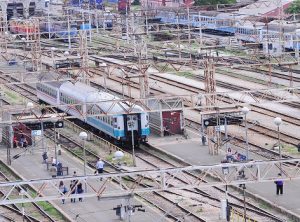 The subject matter of the study are the existing and planned rail lines in the area of the Zagreb rail node.

Zagreb railway node under current conditions stretches from Savski Marof station in the west up to Dugo Selo station in the east, and Hrvatski Leskovac station towards Rijeka and Zagreb Klara station towards Velika Gorica. All the lines in the area of the node are electrified, protected by a relay interlocking and signalling system (train traffic is flowing within a block interval). Average speeds on all lines are 60 to 140 km/h. In the area of the node there is a total of 14 stations and 11 stops.

It is an intersection of RH1 and RH2 corridors, and urban and suburban traffic represent an important component in the area of Zagreb and the surroundings. Freight transport is organized in such a way to bypass Zagreb Main Station in the very centre of the node via the existing Marshalling Yard, but it interacts a great deal with all levels of passenger traffic and other parts of the node.

The study of the development of the Zagreb node will serve to analyse the existing state of infrastructure on all lines on the node, provide a detailed analysis of capacities according to the existing volume of traffic (passenger and freight according to type of train) and analysis of marshalling activities in the area of the node. The analysis of demand and supply, goals and necessary measures will be shown, which are necessary for the achievement of mentioned goals in line with the planned volume of passenger and freight traffic in the area of the Zagreb railway node.

Further planning, making of technical documentation and further construction, modernization and renewal of Zagreb node lines will be harmonized with the conclusions of the Study on the Zagreb Node Development.

Contract for Preparation of a Study on the Zagreb Rail Node Development in the amount of HRK 1,598,500.00 signed on January 26, 2016 with the company “Istraživanje i projektiranje u prometu” d.o.o. The project was 85% co-financed by the European Regional Development Fund, and the remaining 15% was financed by national funds.

After nine months of implementation, the Contract was completed in October 2016.