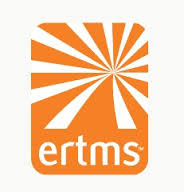 The study on the introduction of the European Traffic Management System (ERTMS) shall determine railway lines, i.e. specific sections, in which it is necessary and justified to install the ERTMS system, consisting of two systems, the European Train Control System (ETCS) and Global System for Mobile Communications for Railways (GSM-R).

The final aim of introducing the European Traffic Management System (ERTMS) to railway lines managed by HŽ Infrastruktura is the improvement of the interoperability of railway traffic, which will facilitate the provision of railway services to EU operators and increase competitiveness of the Croatian railway network.

Contract for Preparation of the Study for the Introduction of the European Traffic Management System (ERTMS) in the amount of HRK 3,690,000.00 was signed on January 28, 2016 with a consortium of Faculty of Transport and Traffic Sciences from Croatia and DB International GmbH from Germany. The project was 85% co-financed by the European Regional Development Fund, and the remaining 15% was financed by national funds.

After nine months of implementation, the Contract was completed in October 2016.